On Saturday, 12 October 2019, Heinlein Plastik-Technik opened its doors to visitors. It was the first time the company was allowing the public a peek behind the scenes. "A unique and special event with a lively supporting programme." One main reason for this event was the completion of the extension building. The company wanted to showcase these comprehensive improvements to the public as well.

It was a unique opportunity that had occurred for the first time in the company's history. The reason? Because it produces primary packaging for the pharmaceutical industry, the company is required to comply with strict regulations with regard to hygiene and safety. Hence, visits are not possible under any circumstances when operations are ongoing. However, organising such an open day requires a great deal of preparation. All employees were involved in some form or other. Whether it was with the signage for the company tour or customer service, everyone had a part to play. Apprentices of all vocations showcased what they did at their own separate booth. Explaining their own apprenticeship vocation in a particularly practical fashion was both a challenge and the objective for that day. It was an ideal opportunity for visitors to get information about Heinlein as an employer and make contact. There was a therefore a correspondingly high level of interest, as was evident from the numerous job applications received after the open day.

Furthermore, all visitors could take part in a tour around a total of 19 stations. The tour ended at an openly accessible injection moulding machine where a stackable box was manufactured right in front of the visitors' eyes, which they got to take home afterwards. The programme included entertainment for young and old throughout the day. In addition to a bouncy castle, a climbing tower and a children's play area, as well as a raffle with ticket sales, the magician Roland Walter, who had performed a few times around 13 years ago in what was then the in-house kindergarten, made a re-appearance. In the outdoor area, two live artists demonstrated what can be done in the blink of an eye using just wood and an electric saw. Right in front of the visitors' eyes, they carved out the HP logo in a wooden bench, which later received a place of honour in the company's inner courtyard. Music was provided by Wulli Wullenschläger, a band from Erlangen, and Sonja Tonn, and as a sign of good neighbourliness, the Eyber Trombone Band also graced the proceedings with a performance, before the celebrations were officially inaugurated at 11am by company management with the tapping of a beer keg. Various food trucks provided food and beverages. And if that wasn't enough, the company had also organised a cake sale, which was handled by the relatives of employees.

Around 100 home-baked cakes were available for purchase. The proceeds from the sale were split equally and donated to the Kastanienhof children's home and the Kinderschicksale Mittelfranken association e. V. A total of € 2,300 was donated. At 4 pm, Heinlein once again closed its doors to visitors indefinitely. 1,700 visitors came to the event. The great activities and insights will definitely be fondly remembered.

Back to overview
Or continue reading the next news article: 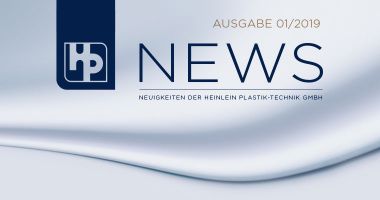 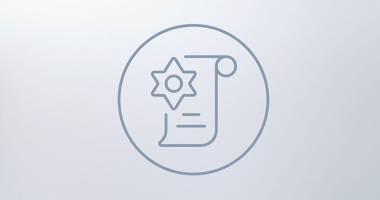